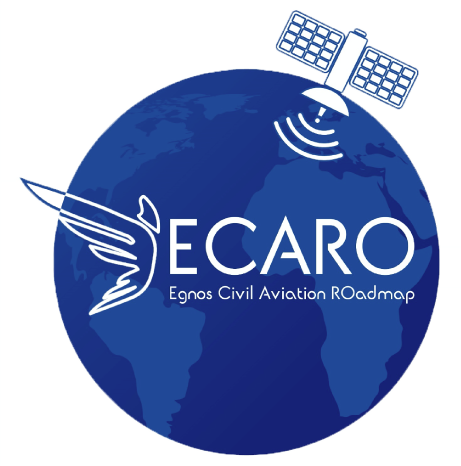 Next 24th of JUNE 2021 a conference will be held in Grottaglie airport and diffused online presenting the flight test campaign of the ECARO project. Registration is mandatory to participate. Registration will be closed on 20th of June. Connecting data will be sent to registered participant before the conference. Agenda at the end of text.

ECARO project is achieving one of key milestones. In the period 07-23rd June 2021 the UAS demonstration phase will be realized demonstrating that E-GNSS services, in addition to GPS, can enable UAS to fly satellite-based approach procedures. This is one of the capabilities required to insert UAS into controlled air space. Flight test campaign will be realized exploiting the airport of Grottaglie and the annexed air spaces, moreover, flight profile involved also other military air spaces that were authorized too.
Flight test were anticipated by the flight authorization process realized in the framework of the new EU regulation. This process was led by ENAC, Italian Civil Aviation Authority and will guarantee security and safety of the flight operations.
Flight test campaign was realized with the VL150, an UAS of 150KG MTOW of UMS Skeldar, it was equipped with an EGNSS receiver so that several GNSS configurations involving EGNOS and GALILEO were used to navigate. Positions were collected by the receiver for a post-processing analysis aimed at verifying ICAO regulations were satisfied and the benefits of using EGNOS and Galileo.
GNSS signal is very critical and can be affected by radio frequency interferences. For this reason, Planetek Italia, in the ECARO project, designed and deployed in the airport a GNSS interference monitoring system.
DTA, who coordinated flight operation engineering, preparation, authorization and realization, increased its research and innovation capacity, strengthened an international partnership, engaged a leading UAS manufacturer and operator company in exploiting the experimental airport of Grottaglie, built conditions for future cooperation and promoted the airport in a GSA framework.
With the ECARO project, a network of institutional and industrial organizations cooperated with a common and shared objective: realizing international flight tests campaign in the experimental Grottaglie airport leading a new EU knowledge and experience on EGNSS exploitation for UAS.
Project results will contribute to the development of knowledge on EGNSS-based UAS flight capacities and of the Grottaglie Airport Test Bed. 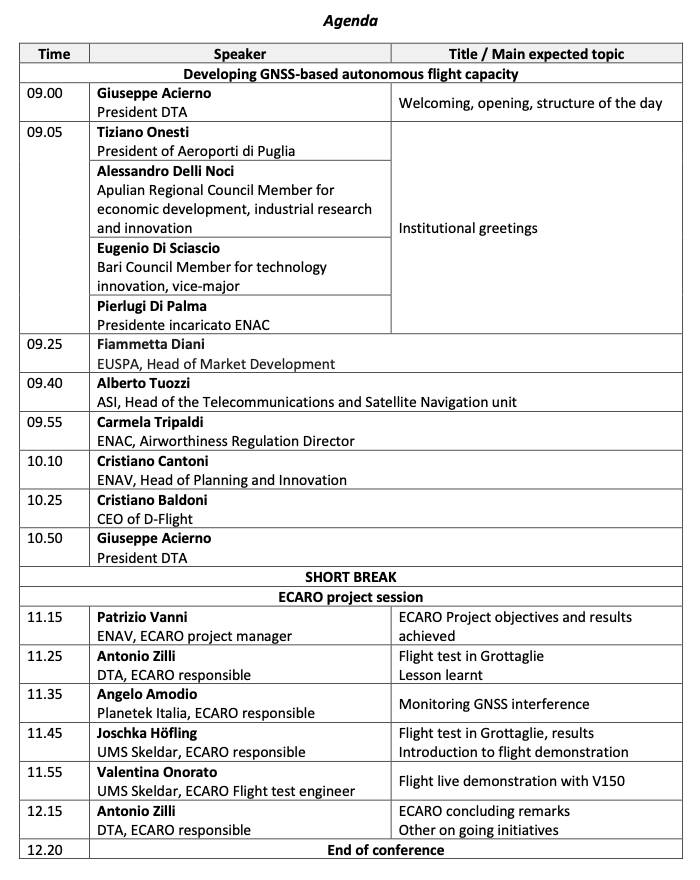 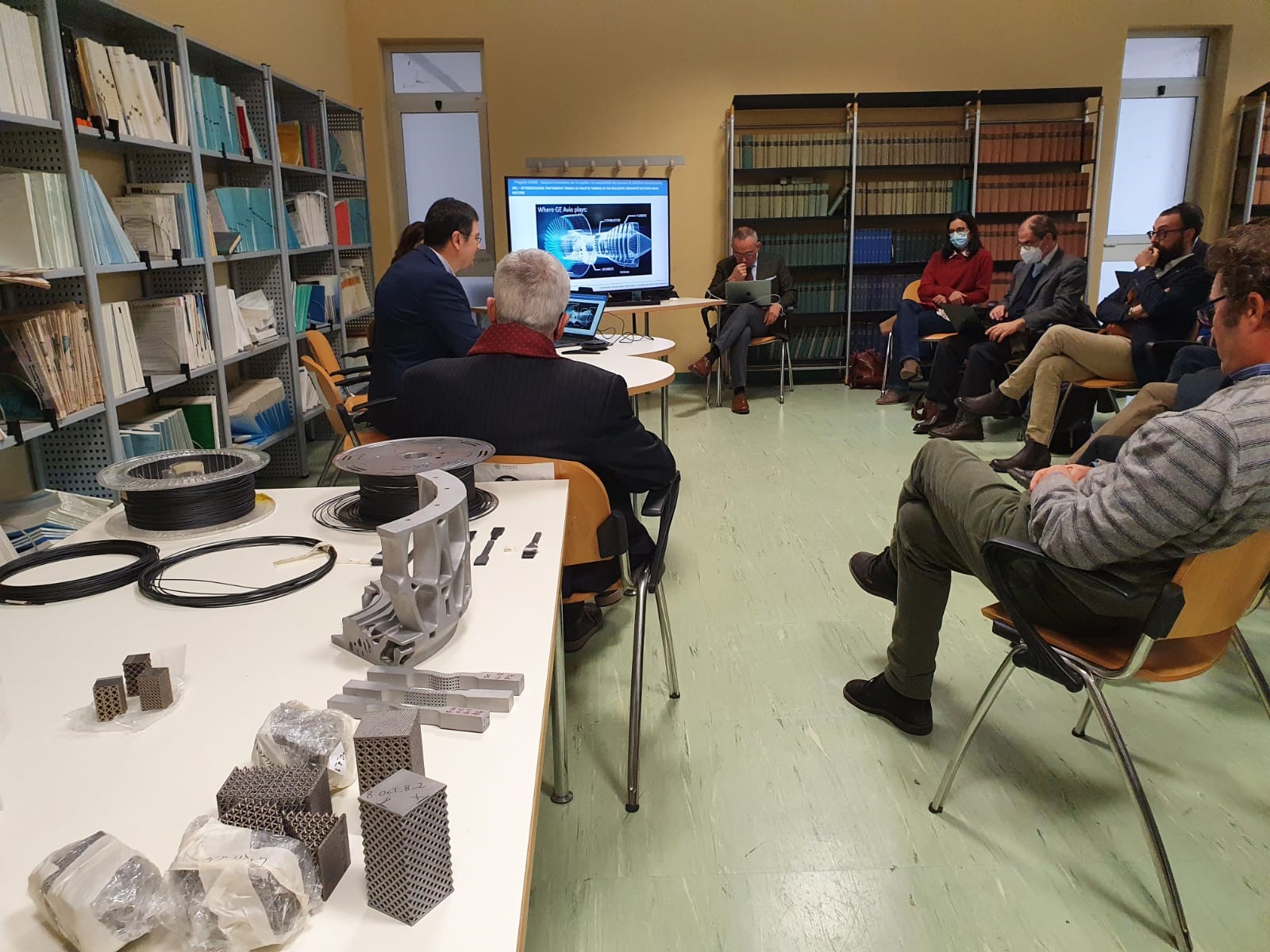 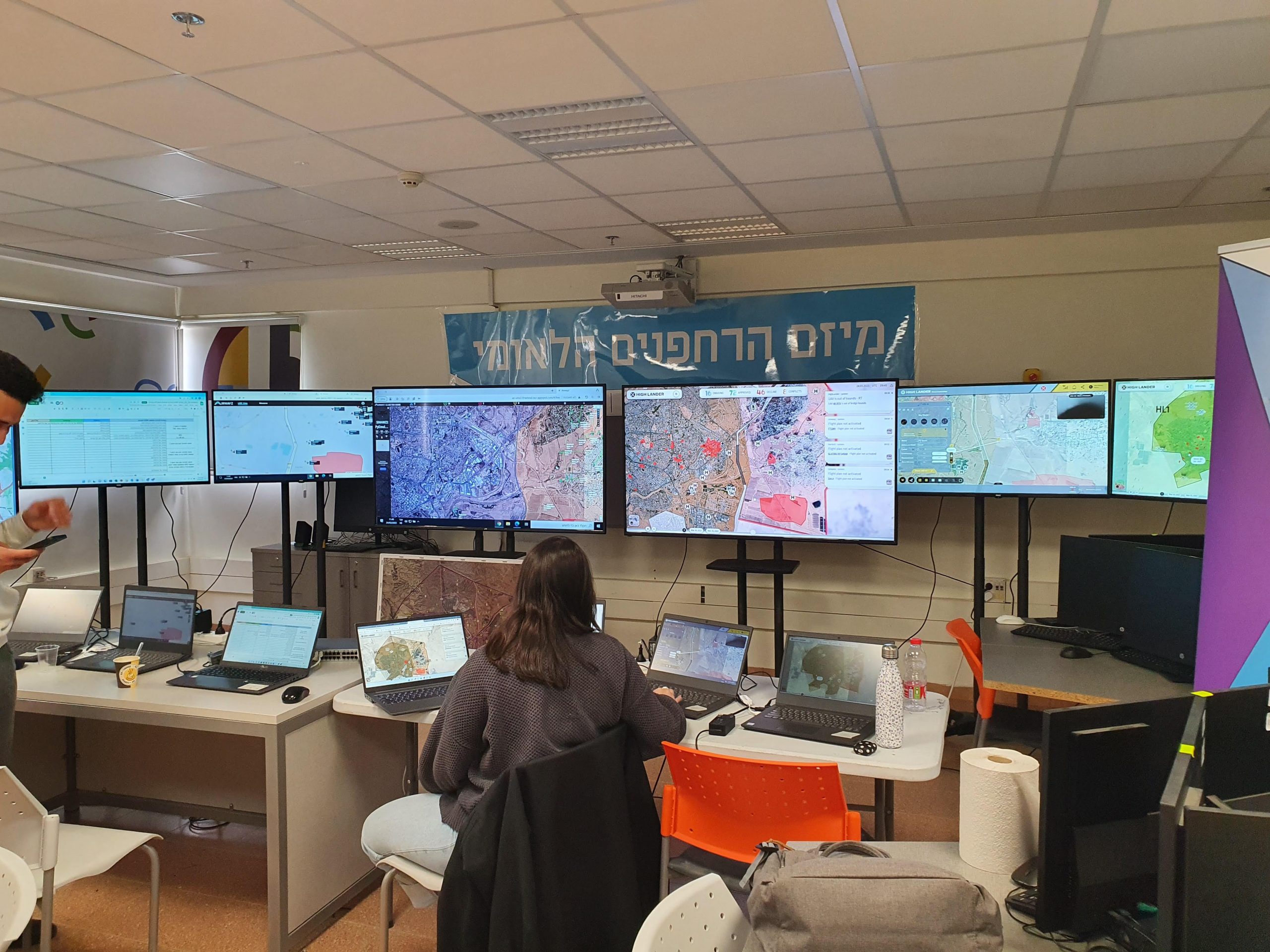 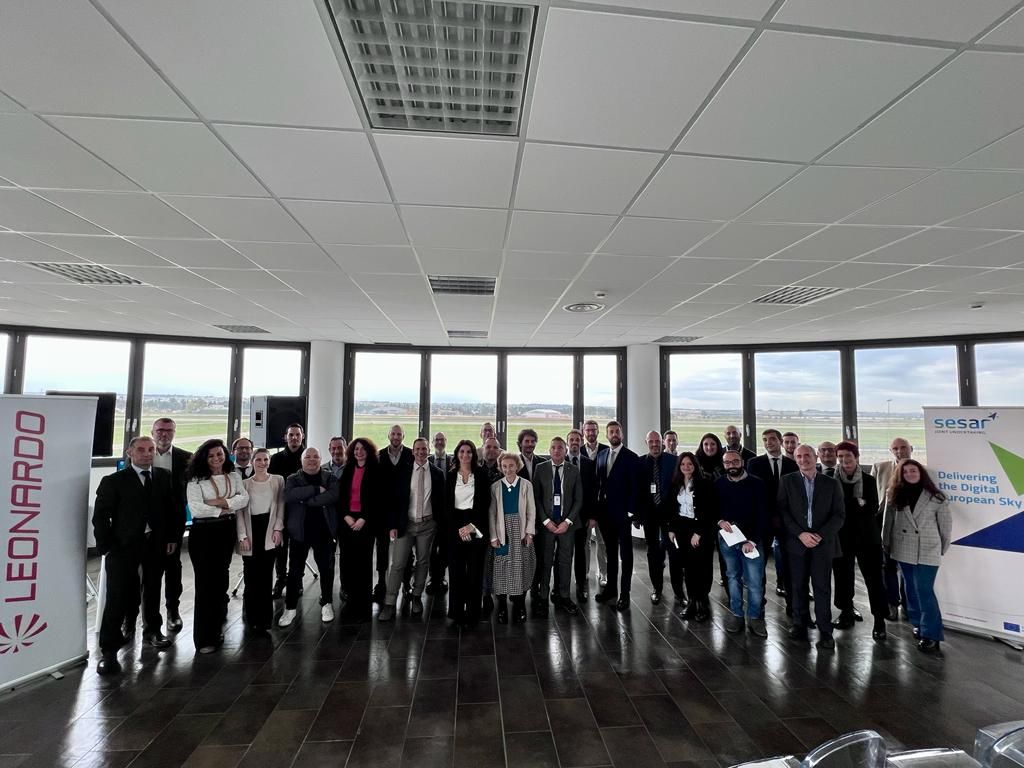 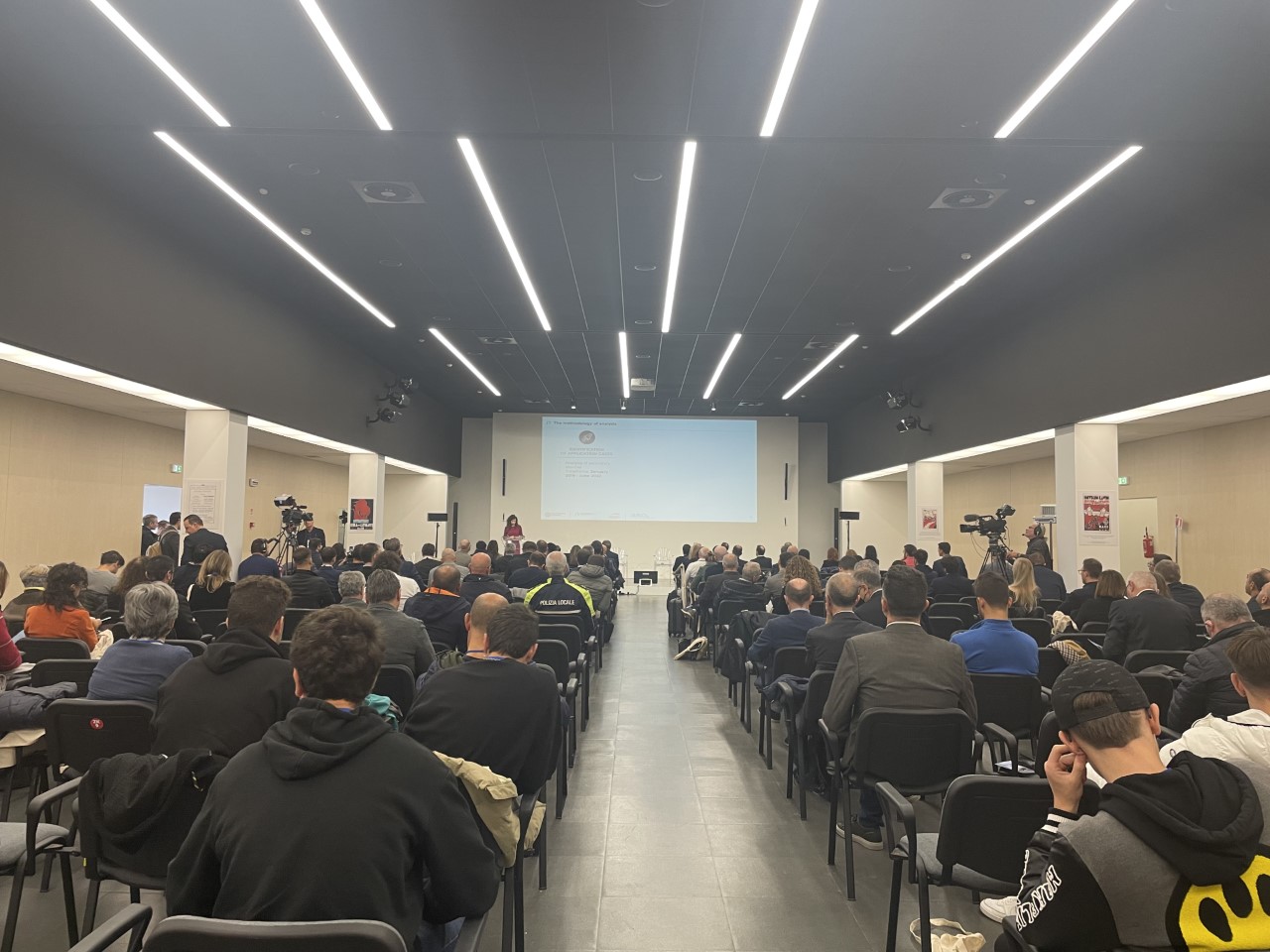